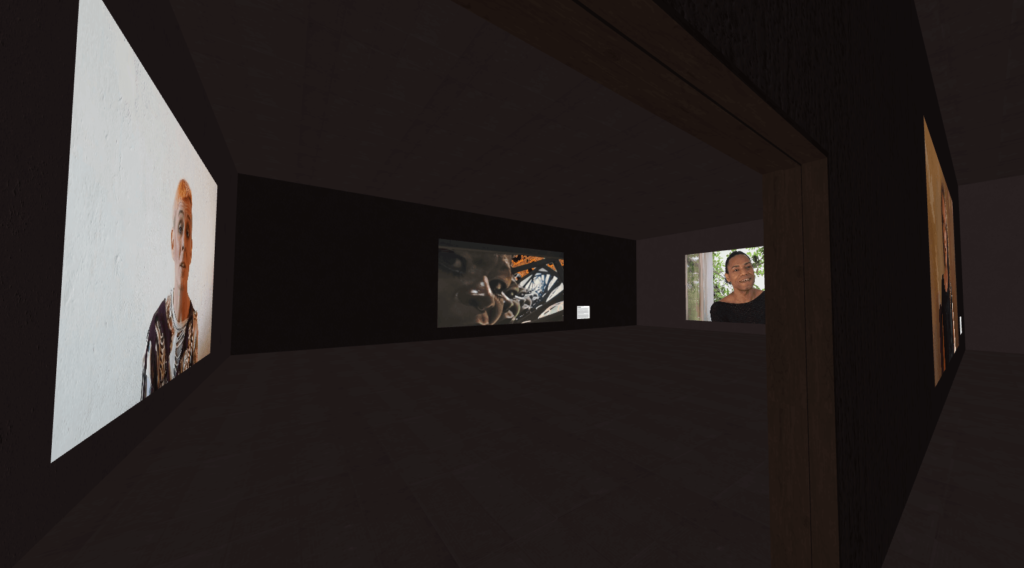 For the best possible experience we recommend viewing PERIMETER on a computer or VR headset.

In the exhibition PERIMETER, HYENAZ examine their individual relationship to the idea of belonging. Perimeter asks the question: what does it feel like to understand oneself as “just outside” and yet also “just barely inside” an identity, a concept, a philosophy, a group, a family, a home, a situation, a gathering? What is the feeling of being at the edge; both inside and outside? What is it like to be “foreign” to a place which is familiar? What is foreign inside?

Beginning from these questions, HYENAZ enlisted the assistance of three of Berlin’s best performance artists to articulate performative interventions that would explore the territory of the perimeter, not only intellectually, but in its corporeal and symbolic dimensions as well.

Adrienne Teicher chose the perimeter of her semi-discarded Jewishness; Mad Kate delved into their relationship with her assigned-female body and sisterhood; Mmakgosi Kgabi explored her complex relationship with the feeling of joy; Martini Cherry Furter danced between notions of the “real” and “performative” self and Simon(è) Jaikiriuma Paetau, who lives between Germany and Columbia, chose the perimeter of the peripheric body and the intersecting lines of race, gender and class present in each of their homes.

The core of the work is a sharply cut music video, with stunning artistic direction by Yeorg Kronnagel and cinematography by Robert Mleczko, wherein the five artists perform these unstable territories. What they create with their bodies is emotionally raw, yet hyperstylised, allowing visitors to the gallery to witness how playfulness can emerge even in territories which are traumatic. The music elicits associations with the underground techno scene of the city of Berlin in which all five performers live.

Presented around this nucleus is an interview with each of the artists, which play simultaneously on five separate screens. It was in these interviews that HYENAZ and their collaborators discovered and elaborated their perimeters, giving themselves space to describe in careful detail, aspects of their existence which normally live beneath the surface of awareness. This gives visitors the unique opportunity to look inside, and behind and beyond the subculture of queer performance in Berlin.

For the past seven years, HYENAZ have undertaken a music, performance and sonic research project entitled “Foreign Bodies,” of which Perimeter is the latest iteration. At its core, Foreign Bodies is a slow movement journey that explores relationships of bodies in motion and bodies in resistance and interrogates the notion of the “foreign”. They have visited refugee camps, squats, and intentional communities—prisms through which to examine the ways in which bodies move and collaborate in relation to, in resistance to, and despite management and control of their bodies/movement. The resulting a/v works and performative interventions examine and challenge the mechanisms that treat the body as a foreign object: a thing to be managed and controlled, an unknown territory even to itself, an “other” to be feared and annihilated.

Through immersive live performances at spaces such as Berghain, Museum Modern Contemporary Art, Seoul and Münchner Kammerspiele, HYENAZ have looked at the possibilities and importance of physical touch and wrestled with how the body operates within emerging sets of seemingly opposing forces, ie “the virtual and the real.” The arrival of a global pandemic has brought new conditions and limitations to physical engagement. Yet it has also created a heightened awareness around the importance of redefining community and belonging, in particular through creative forms of “touch”.

Perimeter is one such response to the challenge of continuing a practice of somatic based performance in these changing and alienating conditions.